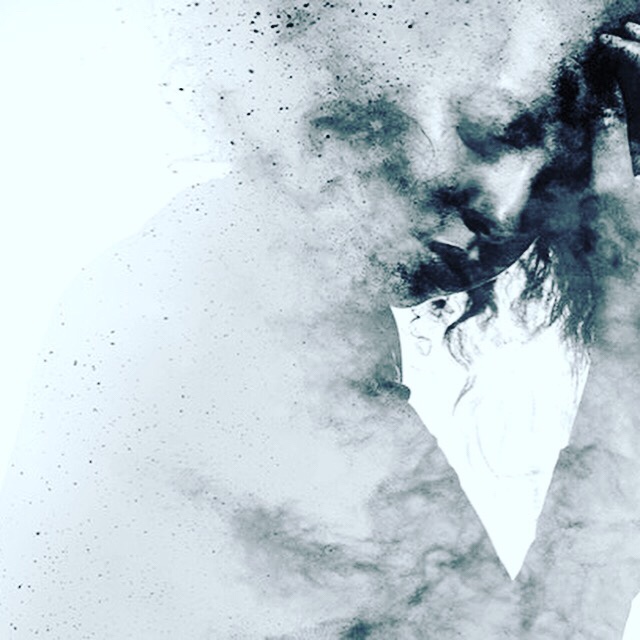 The Aged asked the Ancient of Days,

The Great I Am, why He created man.

He answered by showing man’s

To be Provider and to protector.

He showed the Aged the deft of

Skill that went to make his body,

The strength of his hands,

And the greatness of his eyesight

And his capacity for vision, and

However, as the Ancient of Days

Looked out over what He had created,

Human, He saw all He had equipped

And endowed man to do.

However, with life shut up in man,

There must be a way, a form,

To be created that would allow

Man to release all that he held inside of

The Aged then asked what more

Could be done to help this creation

They know knew as man.

What could be given to man

That would help him.

Clearly all that the Ancient of Days

Had charged man to do,

Could not be done alone.

The Ancient of Days poised in power,

Explained to the Aged that He would

Make one suitable for him.

Strong enough to withstand the mortal

And the divine happenings around and about

Being sensitive enough, with such a

Discernment to what lies different

The Ancient of Days said,

“I will make something that will

Display all my creative nature.”

“What I will create, no manifest, will show the

Connection I have to man.

Will be held in its center.”

“I will mark my creation with my spark,” and

The Ancient of Days smiled as he continued

Thinking exactly what he would call

“She will embody the rainbow.”

The Aged asked what would the creation be called.

“What majestic thing of man shall this be?” they asked.

Still, the Ancient of Days smiled as he reached

Towards man, putting him to sleep,

Needed that which was rooted

In the earth He made to

Reengage man, to not just root, but anchor him.

In taking his rib,

Man yielded to the complete

Control of His Master once more.

“This is my last creation, none shall be like this.” He said.

Through intuition, the Ancient of Days

Evolved man to its unprecedented form.

“I will call this creation—woman.”

“She shall be alive as man is,

Able to carry the power of rebirth

Inside her as man does, as well as stamina and joy.”

As the Ancient of Days fashioned her

From bone, and flesh and dust,

He told the Aged of what she housed.

“I will make her with the eyes of

Fire and hope, being able to see

What is and shall be—she shall have empathy.”

“I will give her the nature of life, in three places.

She will be the only created being

“Through these same eyes,

She will bring and give light.

The ability to shine-

To what may come.”

“She will need this as she is

The Ancient of Days fashioned

Her face, while the aged watched

As He molded her features,

Diligent towards her beauty,

Crafting worthy wonder in the face

“In here, her spine, I will place My resilience.

Making her flexible and tender when it is

Called upon her to be so. She will be

Both tenacious and steadfast.”

“There will be times when man is weak,

And her strength may be seen as different

Or weaker, but it is really an intuitivecharisma.”

He smiled again as He continued the steady work

Of woman, saying, “I will not only make her

The Ancient of Days returned to her mouth,

Creating her tongue, throat and teeth.

“With her mouth, I give her the first place to give life.

She will be able to tell of love, be loved, and to master

What we know as language. For you see, I will have her

All over the world, no part of it shall exclude her.

Where there is man, there will be woman.”

“I will give her power and position to rise resilient

In the face of what has come to resist her. Her tongue

Shall be as a warrior.  Being able to convey the knowledge of

A nurturer, to be persistent and interfere when nihilist discourse

“You see she is incapable of not caring, for I have made her

Free of such weight that apathy would bring.”

He closed her mouth,

gave her lips and said,

“Life is within her, all that is her

Is empath, her life would be a testimony to those that follow her

And will learn from her as students.”

The Aged asked, “Ancient of Days, you said

She will have life in three places, and we

Have seen but one. Surely, she is not as you have

Said—she is imperfect. Not as sovereign and

The Ancient of Days only smiled,

Irrepressible to His task and

Needs of His creation. “She is a changeling,

Her ability to be humble is in her need to adapt.”

“You see her freedom is in her forgiveness.” He

“Her hands shall give peace, facilitate liberation,

And her feet will show

What it is to be valiant.

Made genuine as she will be demanded of many

Things of those she will be made guardian over.”

“These hands, as man’s can turn to fists, as anything

That is how to hold or sustain and protect life

Must be able to be a fighter.

That is a requirement.”

“From those same fists, she is able to let go

Of what no longer suits her. With hands open,

She is able to give hope to the oppressed,

Ambition to those that desire growing and space

It is at her feet where she will

Be able to learn, become empowered

By all the innocent and seeking in her and of her.

She will possess a saged wisdom.”

As the Ancient Of Days, put more muscle

And bone within her, tethering her together

With arteries, ligaments and tendons, He spoke

Again to the watching Aged.

“I have made the skin thick on her

Hands and feet, to provide and anchor

To stand, to pray, and seek Me.

In times of hardship,

This thickened skin, such as mans, but softer

Will allow her to continue, this grit that will

Not deter her, even if it momentarily stops her.

This toughness will be done compassionately within her.

The Aged spoke again, saying, “Indeed she is remarkable,

And beautiful, but where else shall she have life? We still see only

Again they wondered, “ We see nowhere else You can

Fit any more into her.”

The Ancient of Days then smiled as He included

What He called her womb.

“She will house what those of other humans would

But here I will give her the capacity as I do,

To hold and create life, both male and female,

Using the life I have shut up within man.”

“Here, on the very inside of her, she will be able

By her own will. This is her second point of created life.”

The Ancient of Days attached the womb into

Woman, creating pathways from it, and below it

To where life would come from. “She is every bit

the total being that man is. Her center of gravity is

housed within her, right here, because life is secured

within me. I must make sure all

she houses will be protected.

Her body will be as a temple,

More sacred than man’s even. ”

“She must be created to be as

I have made her, to bring forth

In closing up what the Ancient of Days called

Woman, He crafted her heart before the Aged.

“Here, look. Just as man’s, but this is the last

Place she shall be able to give life.”

Holding it before them, He squeezed it

And it began to beat.

“She will hold the hearts of Kings, Princes, servants,

Silly-seekers wishing to know better. She shall hold

Her children here, both living and unknown, and

Those whom I bring to her for love and tenderness.”

“I have set it above her womb so that the life

She hold, does not challenge the life that she lives,

And I have charged her to care for. She almost must

Take care of herself.”

In closing the woman, perfecting His creation,

This woman, He spoke to her in the very

Ears He had made for man.

He spoke to the mind He had given her,

With connections specific to the mind

He had given her.

“I have made you excellent.” He began.

“Able to speak blessings of what you will know as

Being candide (candid) and in times of deepest

Sorrow and change, I will give you grace

To share the nature of hope. I will make

You a l’Optimisme (an optimist).”

At His voice, her eyes opened,

She turned her head to the Ancient

Of Days whom still spoke to her.

Looking His own divinity wrapped

In flesh in the face he crafted.

“I will endow you with what

A wonder of Me worthy that will

Ease fears and will allow you

He smiled at her again

“I will give you the peace that comes

I have made a harmony in you that will

Sync your essence with moon and tide.

See, there will be nothing that

You cannot overcome when I am present

Or when I give you to man.

A force of nature, with space to heal,

And an agent of change.”

“I have made you tall and strong

As the myths of Amazon women

Are noted to have been.”

But all life shall be given and gotten

Needed by him, at his request.

Man will need your clarity.

He will need your intuition.

The world I send you to

Will need a persistent believer

In its evolution towards all things good.

Trust that all I have given you,

You will in turn give back to the world.”

From that, woman was given to man.

Featured in the compilation book, The Awakenings Project Writings, available on Amazon. To purchase, click here.