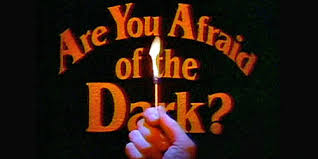 So, for the real millennial that will run across this post, SNICK was the programming on Saturdays nights on Nickelodeon. I, being a writer, and a fledgling to all things horror, I loved this line up.

I was 12, writing and the definition of what an awkward Black girl was! I remember Are You Afraid Of The Dark? was a show that came on after two other programs. One of those programs was Clarissa Explains It All. I cannot tell you how amazing that show was for an awkward Black girl. But moving on…

I loved Are You Afraid Of The Dark? because it was safe enough for me to watch with my parents in the other room. And it was ‘grown up’ enough to think I could watch it with no problem. Faithfully, I watched almost every Saturday and when it would repeat on Sunday.

Submitted for the approval of The Midnight Society.

I call this story…

I would dream about being a member of The Midnight Society. These people made up of light and screen that came into my life every week. I was writing with some regularity, and wanted somewhere to share it! I had the biggest crush on Gary (sigh). He was brilliant–and in twenty years of hindsight, looked a little bit like Harry Potter. 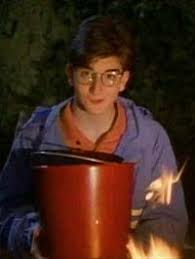 He got hot later in the show. Don’t judge me…moving on.

It was awesome as a Black girl to see this cast (which had two Black cast members about my age then). It felt as if I were more normal in the things I read and watched. This was my first introduction to the community I now enjoy through the efforts and invention of social media.

It wasn’t that I was a kid that didn’t like lighter things. I was interested in the things that went bump in the night. There were things that happened to me that were beyond the scope of normal reasoning. There was the Batsignal that I had experienced since I was 5. So, even at that age, I knew (when I didn’t know) there was a world behind the world. There were things that only God knew and could understand. In that childlike reasoning, that strengthened my faith–it never depleted it.

Where there some episodes of this show that bothered me as a kid? Yep (The epsidoe where these two body were playing in the cemetery only to find out all the kids they were playing with were dead was one!)! But that goes to great writing! This is one of those shows that kept me writing. Kept me reading. Kept me looking deeply at the world. It’s a show that allowed space to be a writer and Black. It allowed me to dream in color, as it were.

SNICK, this weird Canadian show, on a weirder network, gave me permission to write:  about magic, witches, folklore, hauntings, vampires, time travel, alternate universes and werewolves, cures and their curses.

It freed me. And for that, I will ever be grateful.

Even if I never got the chance to date Gary.