My grandmother had a television in her room, and at about age 8, I was a fan of Stephen King. The first movie I remember watching was Children of The Corn 2 (“…he who walks behind the rows…). I cannot tell you why I was allowed to watch this, other than it was weekend or a summer where I didn’t have school. Matter of fact, it was a Saturday. From there, my favorite movie until I was 10, was Firestarter.

I loved this movie!

Every time it was on, I watched it. I loved that this little girl was so angry–yet not helpless…much like myself. There was this need I had as a girl to control what was happening to me. I wanted to not feel like I was helpless and vulnerable. I didn’t fit in at school, I felt like no one understood me, and I had a father (as much as I loved him) whom was a hardass. I couldn’t win! But when I imagined myself as Charlie? I was never helpless or vulnerable! Anyone that tried to stifle me, restrain the power I held, I could deal with.  And from there, gravitating towards comics seemed natural. 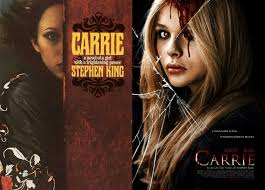 I still cheer the final 45 minutes of Carrie.

I still cheer that everyone in that gym that made fun of her be incinerated into cigarette ashes!

I have seen the original version with Sissy Spacek. The version that was on NBC before I graduated high school in 1999. I have seen The Rage:  Carrie 2. I have seen the remake with Chloe Grace Moretz and Julianne Moore. I was a Stephen King fan before I could appreciate what that meant.

That feeling of being helpless. Feeling all the losses that I had. The boys that didn’t like me. It congealed into a storm that I was able to harness with words. Writing became therapy and solace.

My pen and paper became my kindling. 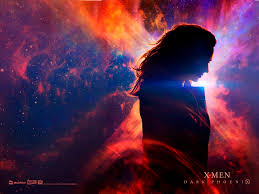 Writing was my Fortress of Solitude. It became my White Hot Room. After high school, I dyed my hair red. The most powerful women in the Marvel Universe were red heads. I wrote. I harnessed the rage: just as Professor Xavier told his troubled, powerful pupil. I worked it. I protected it. When I was angry, I could feel heat flow like the Phoenix (Psionic) Force I had seen power and empower Jean. I called it a phoenix clap. I put the three Japanese kanji for PHOENIX on my body like a seal!

It was these trinity of influences which I brought with me when I decided to name this blog.

Even now, with finding the group of women I consider writing comrades, there is a lurching pain. This pain is because when I was a young girl, discovering I liked horror stories/dark literature/speculative fiction, there was no one else around me (my age) that did. In the portion of the Midwest where I grew up, with my Christian Southern-infused upbringing, there was no one I could talk to about dark literature or horror movies.

*There was no Black Girl Nerds.

*There was no Graveyard Sisters.

*There was no Nightlight Podcast.

The community I wanted, with other Black girls that liked what I liked, read what I read, didn’t come until I was an adult.

Am I better now? Yes. I understand where the rage came from. And I know how to harness it–and how to tap it to get what I need from it. It seemed only fitting for me to have something related to fire, and to create there. All that passion, all the drive, all that power:  I gave over to the talent.

The Ideal Firestarter is an homage to the little girl that still wishes she could have pyrokinesis.

Because it would be cool.

*-Thank you to Jamie Broadnax, creator of Black Girl Nerds, for the space she creates to be both Black and nerd.  Thank you to Ashley Blackwell of  The Graveyard Sisters whom continues to remind Black girls we own the diaspora, and a gamut can barely contain us. Also, thank you to the amazing Tonia Thompson, the creator of Nightlight:  the Black Horror Podcast. You remind me that on some end, we indeed are living in this time most exciting.

One thought on “Meet My Makers: The Origins Of The Ideal Firestarter”