I am through with Kanye Omari West. I am not fielding any questions in any media format pertaining to this dude. Not after whatever it was he pulled on Saturday Night Live on September 29th.  I am officially done.

I was through before, but this level of done can only be achieved when I think there is no other recourse. Kanye is gone, fam. He’s gone. I saw a clip of Keeping Up With The Kardashians where Kim was venting at Khloe. She said she and her husband fought about bringing him a Band-Aid. The Band-Aid didn’t match his skin tone–and he was mad.

I cannot with him. I will not. I just can’t anymore. My heart is broken, and all I can do now is pray. He is gone. I will not suffer to hear anymore about how if Donda was living/where are the black women in his life/where is the medication?

Saturday Night Live, amid all those folk staring at him like he was bleeding from the head? When he was dancing as the Perrier bottle? 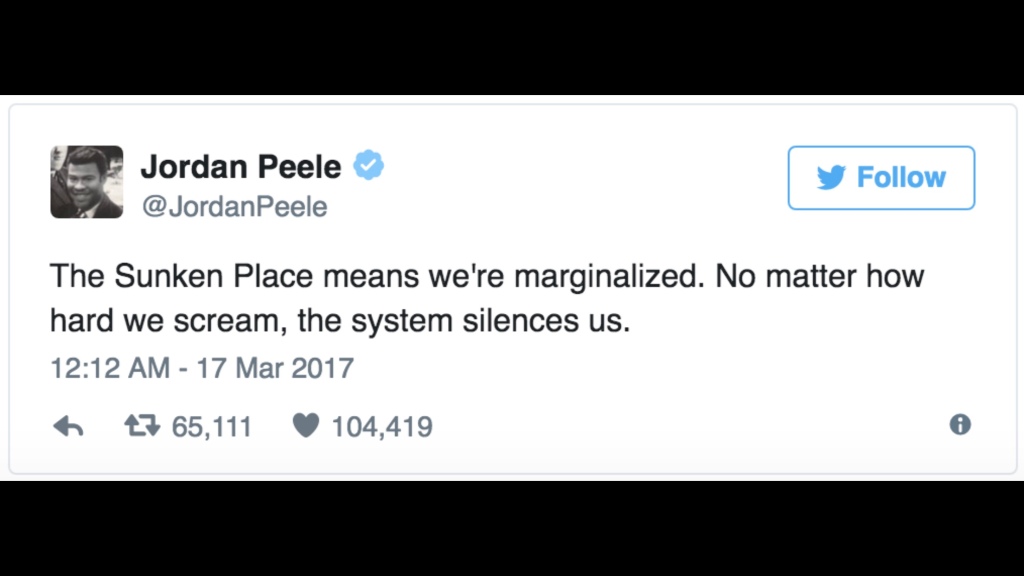 I was saying for the past year that Get Out was prophetic. It is. It was. It’s not a comedy. Don’t debate me.

However, with the verbiage given by the genius of Jordan Peele, I have been saying how real, how accurate The Sunken Place is. It’s a real place. It is scary. And there is an undercurrent to sweep all people of color or any non-white ancestry in it! Again, don’t debate me. You can’t tell me that with all we have seen over the past two years that The Sunken Place doesn’t exist!

Dude. Everyday I wake up with both heartbeat and blackness, I rage against the dying of the light. Don’t look at me like that. It’s true. I am a wife, a mother, daughter and friend. Bruh. I cannot ignore the fact that this current social climate lends itself to my destruction and impersonation.

And from the vantage point of being a writer, I’m hyper vigilant about that. My fear about this cannibalizing-destroying society that seeks black/brown skin as food, is that one day–I’ll be tired. One day I’ll be tired of being a fighter, the Firestarter and the oracle. My fear is one day I’ll take a deep breath, throw my hands up and sink into the floor with my eyes open.

But…I haven’t gotten there yet. I haven’t given up. I still believe in the power of words and the good they do in the world. I still believe I am here for power and purpose. I also refuse to sink into the floor because I know they all float down here.

Today is a day that is unique in the life of this Firestarter. Today is Dr. Richard L. Bush’s birthday.

Today, Daddy would have been 70.

To him, it is to him, I dedicate this post.

My father did not live to see his oldest daughter make a career of writing, or the small successes which are coming and soon to come. However, it is my father whom gave the knack for wordplay. He wasn’t a writer, expected me to be a doctor, but I wound up being a healer of a different sort. My father taught me to never be shamed to be black, don’t let anyone tell me it was bad to be black and this life quote which I will give you:

If they won’t let you in the front door, go to the back. If the back door is locked, buss a window and jump in.

I love you, Daddy. Happy Birthday!

[images/screenshots from the Author’s album]