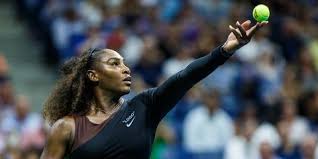 Let me tell you this.

Serena Jameka Williams is not the one, you hear me?

She is not the one!

I was working over this weekend when the US Open began to trend. The only reason I was going to watch it,  like most people I know, was because Serena was back from having this baby; these tutus, and she was going to serve! So when the match between her and Naomi Osaka happened, with that raggedy umpiring? I felt everything she said.

“You owe me an apology…I don’t cheat, I’d rather lose.”

As a black woman, I felt every word of that five letter phrase. You owe me an apology.

Serena and her sister have been dominating this sport for the last decade and change. I remember the Williams sisters when they came out with the tennis skirts with hair cornrowed and beaded. I remember Venus had a 100+ mile an hour serve. I remember Serena wearing a shirt that said “You Can’t Spell Dynasty Without Nasty.”

I have ridden for the Williams sisters since I was in high school. With every award, with all the recognition, with every championship or Wimbledon win, the world of tennis and world at large has made it a mission to knock them down a notch.

Comments on their hair.

Supervising the clothes worn for matches.

Every time Serena and Venus rose above it, I was proud. When they would check officials for how they commented on their play, or just being black and female in a white-dominated sport, I smirked. You won’t just talk to black women any kind of way, and we not say something to you or get you together!

And to see the headlines surrounding this now from the New York News and USA Today saying that Serena ‘lost her mind’ and that ‘she was out of line’–nall, son.

You owe me an apology! 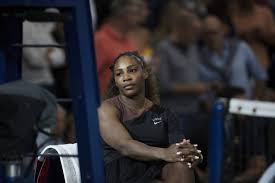 I felt that in my entire being.

I felt that for every time I was looked over at a job I was at; forced to apologize for something I said that I meant and that was right; chastised for demanding something be done to rectify a situation and being told I shouldn’t be so passionate; that I shouldn’t be upset or just ‘get over it.’

Every woman has her breaking point and her pop-off point.

This sport that Serena has pushed and put so much of herself into, the sport that defines her as a GOAT, the ruling forces still find a way to chip away at her. It still finds a way to try and knock her off her square. The crazier thing? The world at large seems to think she shouldn’t be upset over these slights–that she should just be content in playing a sport and making money.

What part of the game is that?! (Translated:  What expectation is that?!) I don’t blame Serena for checking that umpire right where he stood. And to fine her $17,000 for her conduct? What the hell, fam!

You owe me and apology.

She stood flat-footed and with all the passion and indignation she could muster and told him he was wrong for coming at her like he did; that he was wrong; but we know this umpire is an arm of those whom fear tennis is becoming less white and more brown and black–they can’t stand that!

To be black and woman is to be in the state of constantly having to prove yourself or tell people about themselves. There are people that will try you because they feel it is their mission to keep your shine subdued or you underfoot. They see it as their duty to make sure you as a black women will never reach, see, or experience any piece of what it is like to excel, build or be defended. The world wants us to be content with slaps to the face, and when we protest? We’re problematic.

You owe me and apology.

She didn’t just pop-off to pop off.

She did what black women have always done–shown up for ourselves.

And what is lost in this? Naomi Osaka.

Naomi said she considered Serena a hero, and the media ignored her Haitian-Japanese heritage, only acknowledging her Japanese heritage. (Aight) Serena still had to show her how to own her moment, no matter what was going on around her!

She had to show her what healthy black women do, should do in situations where they are tried on all sides but not overtaken–support one another. In the midst of her own discomfort, she made sure she was okay–and protected her.

You owe me an apology.