This is the first time this has been discussed on a blog. Names are changed to protect privacy.  The entire experience is not discussed as this is not that kind of blog, nor that type of space. This story is shared because people need to know the ramifications of these instances and what happens when victims are not believed or even come forward. Thank you. 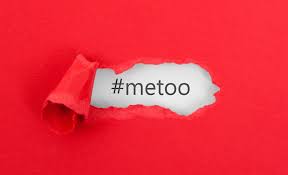 I remember I was about 19 when this happened. I was dating this guy, and we were making out and he told me trust him. From that trust, I told him to stop, told him, “No,” and he raped me. I was a virgin. The fact I told him, “No,” expressed my want for him to stop, and moved to have him get off me–he didn’t, he couldn’t and my #MeToo moment was complete. I have not seen *Gavin since. I saw him on a bus maybe a year or so after that incident, and he didn’t recognize me.

What I thought after? I was dirty. I deserved it. I thought I deserved what happened to me because I did go home with him. I did like making out with him. I knew if I told him, “No,” he would stop. That’s what all the information I had been taught, and had watched on Law & Order taught me.

From that experience, I told no one. I kept it to myself. I didn’t think anyone would believe me–or worse yet, they would tell me I asked for it. They would ask me what I wore; what did I say; what did I do to encourage him. Worse yet–maybe they would have said the thing most callous, non-traumatized people say, “What did you think was going to happen?”

What did I think would happen? I thought if I told him, “No,”  he would stop. I expected him to respect my body, my decision and not take what I had given to no one before him. I expected to be a whole young woman when I laid down and a whole young woman when I left. It should not have mattered how hot and heavy things got! If I told him he couldn’t have my body, he should not have taken it.

I thought I would be able to handle not telling anyone. I didn’t expect to feel as broken and dirty as I did. However, through the lens of time, I know feeling that way is normal, but it’s maladaptive. I should have told someone, I should have found therapy. I should have taken care of myself better for this situation. I remember I didn’t date for a while; remember I covered my body more; I remember feeling like I never wanted to be in that position again–I wouldn’t be that vulnerable with anyone again.

I remember working through these feelings, this feeling of not necessarily despair but feeling unwanted. Of feeling like I deserved it. For me, freedom from this feeling, from this dark space–Jesus Christ. In knowing I didn’t deserve this, that I was valuable, beautiful, and redeemable after this incident, I was able to make my way back.

I am aware that there are women (and men for that matter) whom struggle in that dark place. I am aware there are those whom believe these incidents are totally on the shoulders of the victims. I am aware there are people whom will read this and think I may be lying, or capitalizing on a moment. Never would I exploit my personal trauma–that is never the intent nor the charge.

I am aware that there are some women whom make rape a sport, a tool of manipulation, control or warfare. I am aware that there are victims/survivors of trauma whom may never reveal their real history, the dirty portions of their lives–which sometimes heals those whom are in dark spaces. Admitting that something happened to you, and you admit you didn’t handle it well–and yet, it didn’t kill you? This is the essence of light, of strength.

It didn’t kill me. It didn’t rob me of the joy life has to offer me. It didn’t define me in totality. It was a bad thing that happened to a young girl who liked a guy who took something from her. It doesn’t define me. I have days where I have to chase that false guilt away. Where my heart breaks when I hear of something like this happening to someone else, when a victim is doubted, and even when rape is found to be a lie.

What did you expect to happen?

If not belief, empathy.

However; I, like Plato, believe true justice is not found in this world. If justice cannot be found, perhaps a modicum of peace and understanding can be. Especially, if see someone hurting, bold enough to tell you what has happened to them, and you can only respond by saying, “Me too.”