Contributor Rebecca Quarles initially wrote this piece on her personal Facebook page in response to watching The Trayvon Martin Story which aired in late August 2018. It was so eloquent, I convinced her to post it. The theme for August was and will remain activism and social justice. Her pointed review needs to be heard. Black lives are not for sport, and always matters. Justice for black lives matters! The views are her own, but they are cosigned by the Administrator. JBH 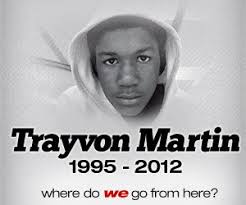 At this point, I truly believe that the George Zimmerman case was a sham.

I believe that the Sanford Police Department, Dr. Bao , and everyone who testified on the behalf of George Zimmerman’s defense was paid off or scared off . The judge started the case by basically stating to NOT mention the words profile as it pertains to race. THE WHOLE CASE IS ABOUT RACE!

I honestly and unequivocally believe that the #trayvonmartin family was cheated. It’s worse than cheated. You’ve got the killer, murderer is  in the court room laughing and smiling the whole time! The defense attorney is making jokes in his opening arguments! The prosecuting attorney was piss poor to say the least.

The trial was a shame.

All of the times they could have objected, they didn’t.

The witness for the prosecution was terrible at best.

It’s like they didn’t even try to win the damn case.

Watching this documentary angered me all over again– however, it’s not surprising.

The fact of the matter is this:  it’s a damn shame we live in a country were physical wrapping paper or skin tones, automatically separates us by how smart we are; how equipped we are; how successful we are; how powerful we can become; how knowledgeable we are and ultimately how devalued our life and existence is!

We live in a country were we spend a large portion of our lives trying to act as if racism doesn’t exist. Trying to beat down the doors of judgment, separation, and non-inclusiveness. All because we are biologically born, according to the world of science, with a different pigmentation or ethnicity that we didn’t choose.

The way this case was treated was careless and classless. Most are quick to say, “We have a long way to go.”

But allow me to answer that with this question, “When are we going to get there?”

Can we get there already?!

We’ve been getting there for years!

Don’t give me that bull crap saying, Just pull yourself up by your bootstraps when you try to tell people how tight they should be and how far they can pull themselves up!

Is what you are really saying is, “Pull yourself up, but not too high?”

With the way minorities are treated you would think that we choose to be black from birth.

Don’t you ever forget, WE DIDN’T CHOOSE YOU! YOU CHOSE US! REMEMBER THAT!