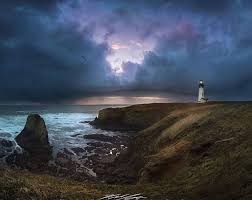 There are always these worlds that break open when women die.

When my grandmother died almost five years ago, it was surreal to go the home she had for forty years become a tomb, rather than a hive. All I have left of her, aside from memories, are a red leather wallet I don’t use, and a heavy linen tablecloth. That’s all. However, what I saw was my family begin to morph into something I didn’t recognize. The core strength was gone. The lighthouse was gone, and we were all smashing into the rocks.

I found from my mother, my grandmother wanted to be nurse. This broke my heart–for so long, I felt my grandmother was just mean and standoffish. I never thought of her–when I was a child at least–of ever being young or wanting anything different from her life. I resented her for that as a kid. There were people’s grandmothers whom I knew who had cool jobs, drove and had college degrees. I wanted a grandmother that would talk to me, tell me about her life–send me a smoke signal as to how not to eff my life up. Instead, I got a grandmother who was none of those things.  And as an ambitious kid, I swore I wouldn’t be that kind of woman.

When she left the world, I knew every answer that I needed –or wanted–she took with her. The extra strength, the power, even her presence which had always reassured me, was gone. While this time of bereavement was happening, I saw my mother experience this acceptance beyond the comfort salvation happen in her life. There is a freedom in grief, yes, but this was beyond that. After her mother, my grandmother, died, she really began to ebb and flow with her demands on me to become a nurse. I would yield until the peace and seduction of words would woo  me, chase me all over again.

In this space, I have begun to accept my mother was a manifestation of what my grandmother wanted. Ergo, my mother wanted the same for me. Bucking that, not being that immediately, this commitment to self was never factored into my life of hers. Yet, I fought for it.

What her death and my growth have taught me is there is a tout, toughness to this life. It is relentless, foreboding and amazing. This life is a series of trips around the sun, and from that–we become memories and immortal through those memories. I’m learning, finally, that my mother is an entire person with thoughts, hope and dreams. I had to embrace the fact my grandmother was a woman of a generation where those things were detrimental to share or utter to some people. Thus is the complication of multigenerational women.

I know there will be a day where I have to uncover the life my mother hid from us. I know she will be reduced to a series of boxes, and memories. I will have to explain to my daughters why she was so hard on me, wanted so much more for me and why I do the same for them on some things. The resounding thing I can tell them is, “I decided to become my own woman.”

I decided that whom I have  become does not make me broken, evil or less than. I decided that people opinions of me only carry the weight I desire. I understand that women, the women in my family are complicated, secretive creatures…and are like mermaids: always myth until they are found in deep places only the brave dare swim and the unworthy can never tread water.

I have learned it is okay that I have not lived up to other people’s expectations.

This life is mine. I determine to live it, and remember I, too, am human. The day where
I am boxes and memory, my daughters will their mother was exactly as she wanted. That will give new legacy room to begin…